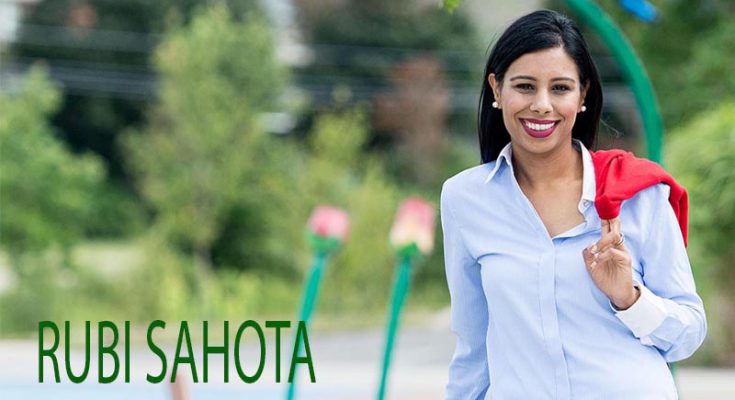 Rubi Sahota was born in Toronto after her parents arrived in Canada in the late 1970s, and was raised in Brampton. Her father previously was the Chairman of the Ontario Sikhs and Gurdwara Council.

Sahota attended the Brampton’s Central Peel Secondary School from 1993 to 1998, and then graduated with an Honours bachelor’s degree in Political Science and Peace Studies at McMaster University in 2003. She then attended Western Michigan University Cooley Law School, graduating in 2007. From 2007 to 2012, Sahota practiced law in Cleveland, Ohio, focusing on commercial litigation.  Sahota sought the Liberal nomination for the newly created riding of Brampton North, winning it on March 1, 2015.

Once elected, Sahota was appointed to both the Standing Committee on the Status of Women and the Standing Committee on Procedure and House Affairs. She was subsequently named to the Special Committee on Electoral Reform. On February 1, 2017, she was elected Chair of the Federal Liberal Ontario Caucus by her peers. As Caucus Chair, she presides over meetings, lead discussion and act as an important link between Ontario Liberal MPs and the Prime Minister’s Office and Cabinet.

She is married to podiatrist Dr. Tejinder Sahota and has a son named Nihal. 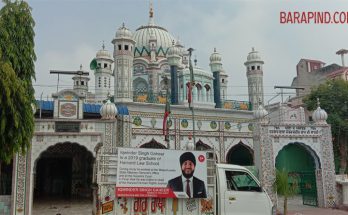 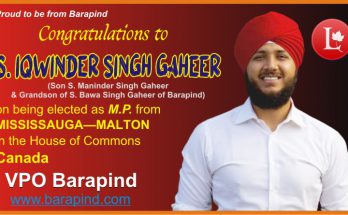 Proud to be from Barapind 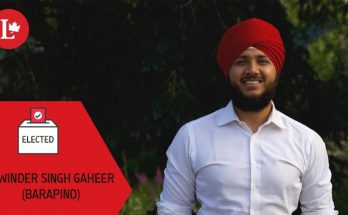